Last weekend was very warm and sunny and did not feel like October at all. I was feeling really lazy on Saturday. We had lots of left over food and I did not cook anything on Saturday. So, that gave me all the time I needed to do something productive or to catch up on pending stuff around the house. But, all did was laze around reading. I took a nap in the afternoon and in the evening, I made pizza. I did not feel like it, but I also did not feel like eating the same old stuff. So, when S suggested pizza, I was happy. I made spinach pizza with paneer marinated with schezuan sauce. It was amazing. I made the non-spicy version for the kids and the spicy version for us. The kids did not even notice the spinach in the base 🙂 Sarath also gave me the complement of the best cook in the house. When S said, “amma is the best cook in world..” Sarath immediately said, “well, there are probably many other cooks out there who are much better than amma. But, she is definitely the best cook in our house.”

Saturday night, we just relaxed, watched a movie and discussed Harry Potter. S is now reading the Harry Potter books. I read them last year and we watched all the movies together. Now that he is reading the books, we keep discussing how the books are so different than the movies and everything related to that.

On Sunday, we went to Seattle center where there was a display of Lego structures. It is amazing what people had build out of Lego’s. The kids liked everything so much that they were not sure what to look at. There were also tables where the kids could build stuff and put it on a display table. So, both Sarath and Sanjay created a couple of pieces and put them on display. They were so proud of it. After looking at all the display items, we got one Lego building set for each of them. This was Sanjay’s first big kid Lego set and he just loves it. He feels like such a big boy and wants to build it all himself. He woke up the next morning and wanted to work on building the digger with Lego 🙂

Here are some pictures from the Lego display: 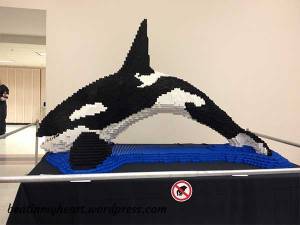 PS: I had written this post on Monday but did not get time to upload pics until today. So, I am publishing it a week late 🙁

What are people saying?